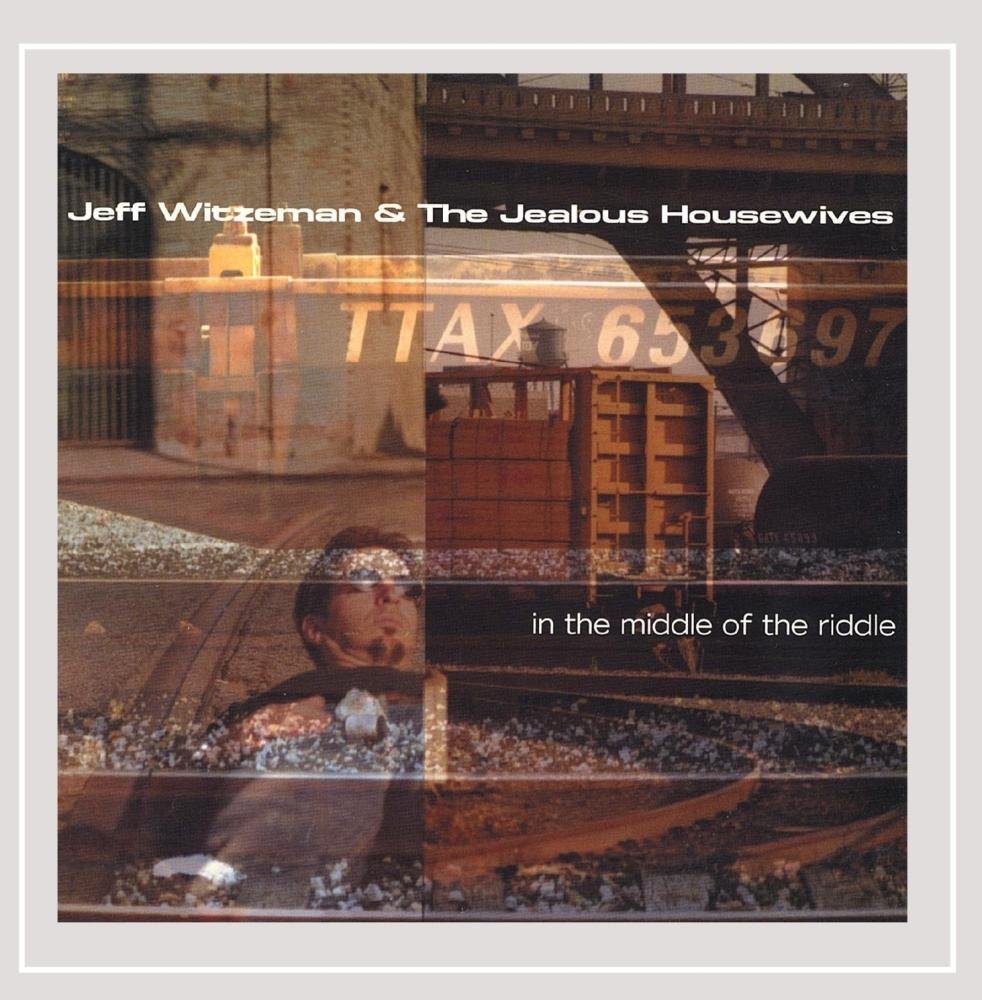 In the Middle of the Riddle by Jeff Witzeman amp; The Jealous Housewives

Jeff Witzeman (pronounced wites-man) came to Los Angeles via Cleveland and Phoenix. In college, he entertained thoughts of being a minister, but opted for an acting career instead. He starred in such shows as Frasier and Jake amp; the Fatman, but found opportunities limited in the bizarre Hollywood scene. Witzeman started singing in coffee houses, formed a band and played under the name PAPER BRIDEGROOM for 4 years. They recorded three EPs receiving strong reviews including the highest rated CD in Music Connections demo critiques section (March 98). The band secured a development deal, but found the "band sound" was stepping on the vocals and diluting the message. Witzeman broke off from the band to focus on a new stripped down approach resulting in a richer, truer sound. The first album, "In the Middle of the Riddle," became the most "added" (to radio playlists) unsigned work in America for the year 2001. Produced by studio genius Evan Frankfort (Wallflowers, Jayhawks touring player and Musician Magazines best unsigned artist) the album became an eclectic mix of Roots/Americana/Alternative Rock getting played on 190 stations around the world. During the summer of 2001, WINQ, Massachusetts had Witzeman as the most requested artist for two weeks running and one week, GAVIN charted the Jealous Housewives as the 11th most added band in the country (just behind Blink 182 and in front of Destinys Child and Staind!) Music credits include ABCs FUTURE DIARY and 2 years on MTV/ABCs MAKING THE BAND.

We Can Do This