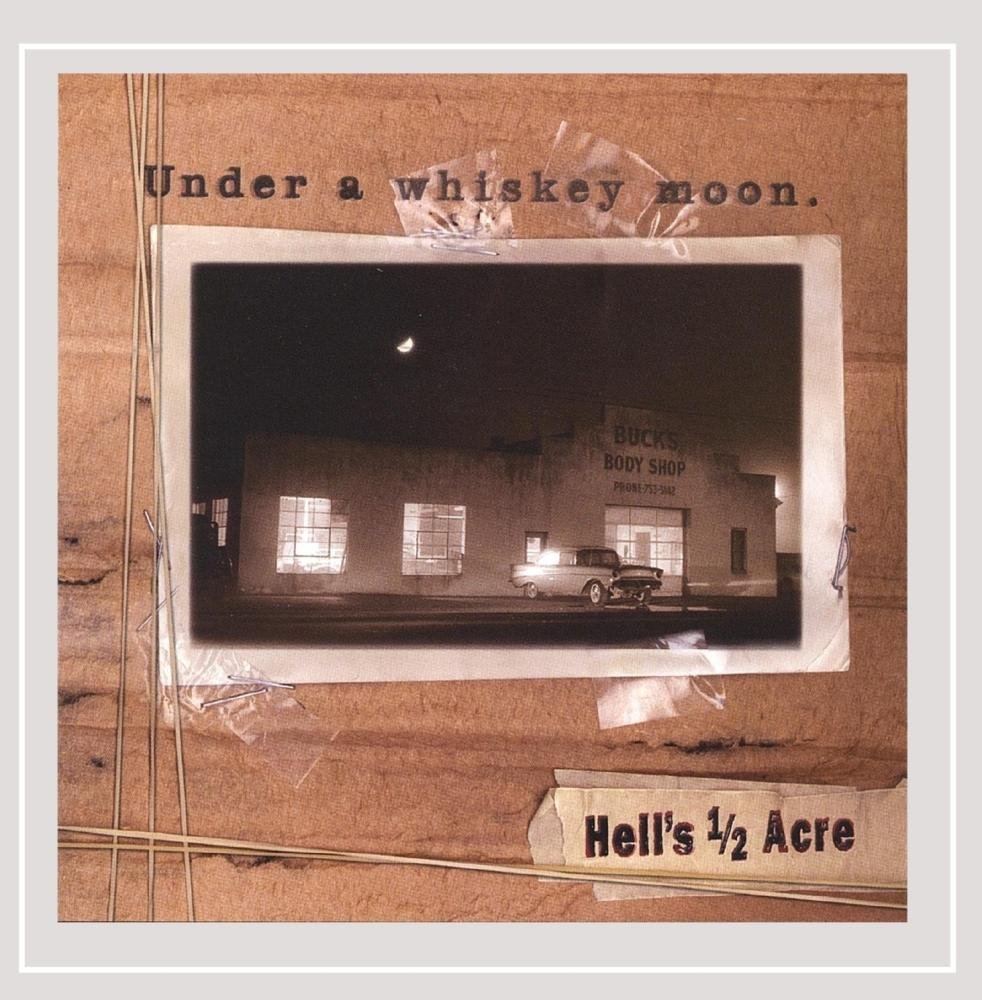 Under a whiskey moon by Hell's 1/2 Acre

Who the hell are Hells 1/2 Acre? Four Southern boys from Louisville with a penchant for writing great country rock, pop, roots ...whatever you wanna call it.

. John Woosley (AKA Little John Louie) plays guitar, but boy does he sing. Hes from the South End of Louisville and has been known to make that point clear in late night tangles with ornery -types and the occasional frat boy. He writes songs. And he knows all the words to "Besame Mucho." Impressive.

Rankin Mapother is from the East End of Louisville. Like oil and water, he and "Louie" can usually be found arguing about most anything. He plays bass and writes songs, too. The guy who started the band, Rankin can also play a pretty mean doghouse bass when they let him.

Screamin John Hawkins is all that is guitar - A regional legend, seasoned session guy and one helluva of a presence. When he's not cuttin' heads with Hell's 1/2 Acre, he can usually be found flat-picking his ass off with the bluegrass band Hog Operation.

The drummer, Glen Howerton, Chops wood like nobody's business. Known for his forceful, funky, song-oriented drumming, Glen keeps the band tight and right. And it's no wonder. Glen's Dad played drums for the legendary 60's psych band Soul, Inc. So it kind of runs in the family.

The University of Houston is a powerhouse of innovation. UH has grown to service the city of Houston and beyond through our extensive educational offerings, partnerships with local businesses and contributions to the community. Explore more below about how we are cultivating the future through Energy, Health, Arts, and Athletics to create success for our students and alumni.