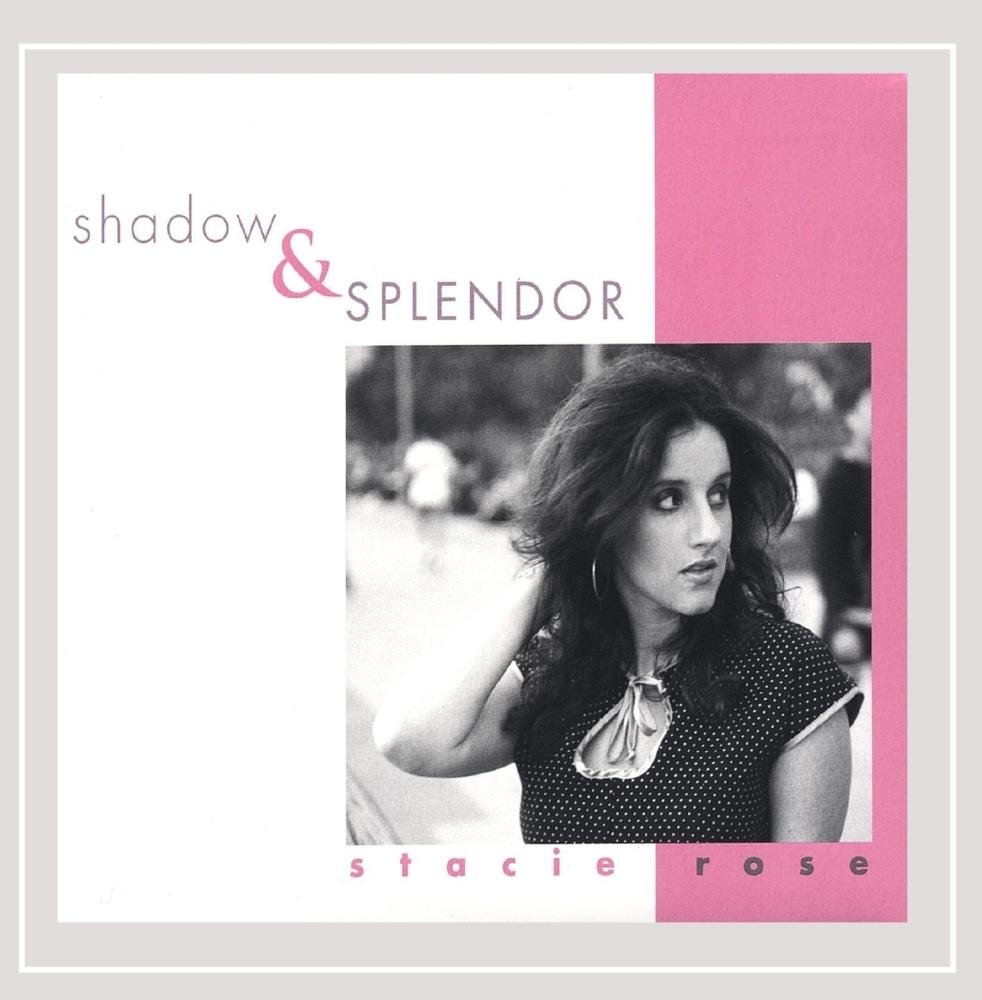 When was the last time you heard a CD and ‘Really” liked it?I’m not talking about a CD with 3 killers, 3 so-so’s, and a bunch of filler, I mean a first track to last track, top to bottom gem. Stacie Rose’s new record ‘SHADOW amp; SPLENDOR is ‘really’ good… 14 song good! Though the songs are instant grabbers, the record rewards repeat listenings.You might latch onto any one of many sin-a-long choruses; you might be seized by the lyrics that range from deeply personal ‘Could Be Smiling’ to deeply moving ‘High as the Moon’ to the deeply sexy ‘Guru’. You might just dig the grooves, irresistible melodies, and super tasty guitar playing. Stacie Rose sounds like she’d be equally at home and in total command in a low light cabaret (check out her smoldering cover of the U2 classic ‘New Years Day’ that takes the song from the church to the bedroom. Pretty nifty trick. A Dank, low ceiling rock club (‘Sad but Blue’) or full housed, fist pumping arena (the anthemic ‘okay’) So where the hell’d this part rock vixen, part girl next door, deeply poetic songstress come from? She’s a jersey girl, who, not surprisingly gigs regularly in and around NYC. Her first CD, ‘This is Mine’ earned a good deal of buzz (‘An impressive debut album from a promising artist.”-RELIX Magazine,” “Leaning toward the Suzanne Vega folkie side of Roseanne Cash country or vice versa…”-The Village Voice, “…More mature version of Avril Lavigne…”-Womanrock). Enough buzz to score an interesting side gig (Singing Paul Simon’s ‘America’ in a major ABC NEWS campaign) and several song placements (AMC, MTV). So don’t file Stacie Rose under ‘Overnight sensation’. Who does she sound like? Hmmmm. She’s no mimic but Stevie, Sheryl, and Bonnie all come to mind. Her influences are surprisingly erudite for a girl that can rock with the best of ‘em. (Ella, Billie, Sarah, Gaye, Green, Cole). It’s not a stretch to guess she grew up in a vinyl loving home and got schooled in the classics at a young age. Then learned how to put it all together into her own singly, spiced gumbo. She’s got range to spare. Listen for yourself, you’ll undoubtedly add a few names of your own, all the while saying, ‘Damn, this girl can sing!’ You gotta love music that sounds fresh and original but reminds you of other stuff you love or thought you’d forgotten. Unless you’ve been living under a rock for the last ten or twenty years, you’ll have a field day with Shadow amp; Splendor’. Not so much playing ‘name that tune’, more like ‘name that vibe’. Didn’t that kinda remind you of a “Chris Isaak’ song from a ‘David Lynch’ movie? Was that sorta like that ‘Missing Persons’ song? There’s a pinch of ‘Police’ in this, a dash of ‘U2” in that (not just the U2 cover) and, holy shit is that ‘Brazil 66’? She bites off an incredible amount of territory (country tinged pop, ‘dusty’ coated soul) and nails it every step of the way. If you own and love her first CD, this new one won’t come as a shock. She’ll still our girl but this time, something’s changed. The easy exuberance and fierce independence are still there but so are a clearer eyed, more mature take on life in the new millennium. Get ready to hear the next ‘Really good’ record!

Even One Vaccinated Member Can Cut Family’s COVID RISK

The chances are reduced even further with each additional vaccinated or otherwise immune family member, according to new data.

Why Do We Celebrate Death Holidays?

activity in your area

#160;
When Food Tastes Like Dirt: My Diet During and After Chemo
“As my tastebuds returned, the yuck feeling went away.”
Read Full Post
Heather McCollum | Ovarian Cancer

How Breast Cancer Changed My Life ... and Me

WebMD’s former senior VP tells her story of triple-negative breast cancer, one of the most aggressive and difficult cancers to treat.

Foods That Help You Focus

Adding these foods and drinks to your diet may improve attention, memory, and brain function.

You have symptoms. We have answers.